Saw this on Twitter; I highly doubt it’s actually Freud’s quote (see a likely true source), but it got a life of its own and is a good bit of wisdom (definitely for women and minorities in academia). Also, being paired up with Freud’s pic helps. 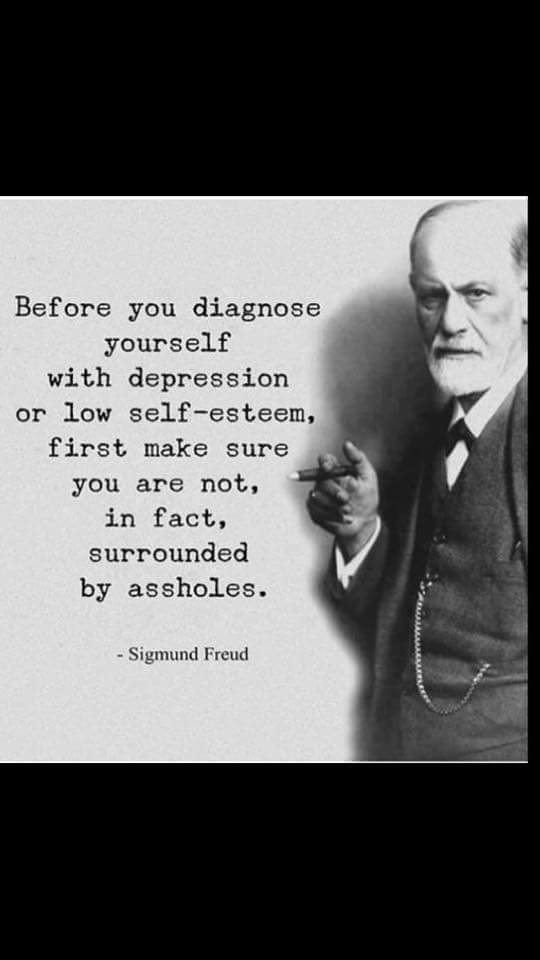 Some days I really do feel lucky. This afternoon I needed to do some thinking about a project at work, and this is the scenery nearby where I went to take a walk.

It is years since I’ve spent much time in a library. Growing up, libraries were a weekly – or several times per week? – affair, and cross-town too, as my parents drove me far and wide, from my hometown to the next town over, and the next town over after that, in search of the next book in whatever series I was reading, or a new section of children’s or young adult books I hadn’t yet devoured. And ‘devour’ really is the right word. The quantity and variety of books I brought home was limited mainly by the length of my arms: I had learned early that the easiest way to deal with a precarious stack was to hold it carefully with both hands beneath, and then wedge it under my chin.

I don’t know when my frequencing of libraries changed. It wasn’t college; college was all libraries all the time. It wasn’t really post-college either. In Los Angeles and later the Bay Area, I made pilgrimages to UCLA librairies, Berkeley, Stanford, the local public libraries … but in recent years, it’s tapered off. I read just as much or more as I ever did, but the time I spend in public, at public desks, reading or writing or dreaming, has altered.

But a few weeks back, I took a class on essay writing. It took place on one of the upper floors of San Francisco’s Mechanics Institute. I’d never even been in the building previously; the library is membership only, I don’t exactly live nearby or spend much extra time in the city, and I’d never even seriously looked into it. But. That afternoon in the class, I felt the weight and age of the building around me; after the class, I peeked in the window of the reading room. Architectually it’s like Gold Rush meets City Beautiful, east coast done on a dime-sized budget in the west. The building feels solid, with high windows with single pane glass and wooden frames. From the view through the stairwell landing into the reading room I could see both comfortable lounge chairs and deep-set shelving stacks.

In college, I used to hide in the stacks to work. The ceilings were low, the lights were on a timer, and there were always student myths that either a serial killer or several stray couples having sex could be found back there, if only you went deep enough. The elevators were tiny, and creaked as if about to fall through the building. The stairs echoed with every footstep. The silence felt like a preservative, a moment or solution for statis. The air smelled comfortably of the heat of decaying paper, ancient ink, and glue. When I needed to procrastinate I’d read old back issues of fashion magazines from the 1920s; when I didn’t, I’d find an empty desk surrounded by books, no windows, and get down to work. I’ve missed those stacks for years.

And so today, here I am, new-minted membership to the Mechanics’ in hand (or, more literally, in handbag). I’m sitting in an old wooden chair at an old wooden desk. The stacks extend to my left and the lounge chairs lounge on the other side of the room. Light drifts in through those high ancient (by California standards) windows, extended and evened out by flourescents two stories overhead. I’m typing.

It feels strange and familiar, all at once.